Basalt is a dark-colored, fine-grained, igneous rock composed mainly of plagioclase and pyroxene minerals. It most commonly forms as an extrusive rock, such as a lava flow, but can also form in small intrusive bodies, such as an igneous dike or a thin sill. It has a composition similar to gabbro. The difference between basalt and gabbro is that basalt is a fine-grained rock while gabbro is a coarse-grained rock.

Basalt underlies more of Earth’s surface than any other rock type. Most areas within Earth’s ocean basins are underlain by basalt. Although basalt is much less common on continents, lava flows and flood basalts underlie several percent of Earth’s land surface. Basalt is a very important rock.

Basalt is used for a wide variety of purposes. It is most commonly crushed for use as an aggregate in construction projects. Crushed basalt is used for road base, concrete aggregate, asphalt pavement aggregate, railroad ballast, filter stone in drain fields and may other purposes. Basalt is also cut into dimension stone. Thin slabs of basalt are cut and sometimes polished for use as floor tiles, building veneer, monuments and other stone objects. 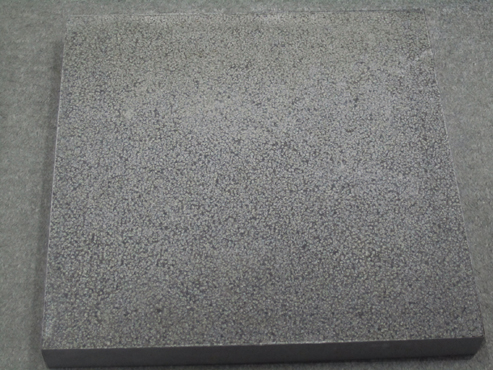